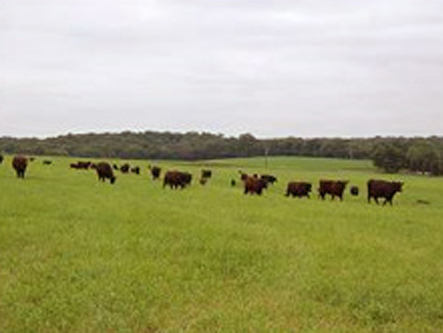 Stafford Angus has been a family run farming business since 1898.

The original farm was located in New Castle County, Delaware, purchased by Thomas Stafford in 1898. The first work horses started plowing there in 1900. The two youngest sons, Ernest and Lewis, took over the family farm and became the Stafford Brothers partnership. The farm was a dairy, hog, poultry, and produce operation. Cows were milked by hand and milk shipped in cans, which are only seen around in decorations these days. Lewis married Alice Williams and had two children, Carl and Louise.

In 1963, Interstate 95 went through the farm in Delaware. Lewis and Ernest purchased a 130 acre dairy farm in Cecil County, Maryland. Several years later, they purchased another 150 acres where Carl would carry on the farming tradition, with dairy as the main business. In the late 1980’s, Carl formed a partnership with his son, Wayne and that’s when the operation became known as Staff-Herd Farms. Wayne took over the reigns of the operation in 1995 with his family, (wife, Sandy; son, Jeff; and daughter, Dana) and continued with a dairy farm until 2004. When dairy became no longer profitable, the farm went to full-time beef operation that was secondary to the dairy for all those years. They also farm 700 acres of crop land raising corn, soybeans, wheat, & hay. They also enjoy custom harvesting, planting, and baling hay for other local farmers totaling a couple thousand acres each year.

In 2015 Jeff and his wife Kerrie purchased the beef side of the business now known as Stafford Angus with their children Cole, Kaylin, & Blake